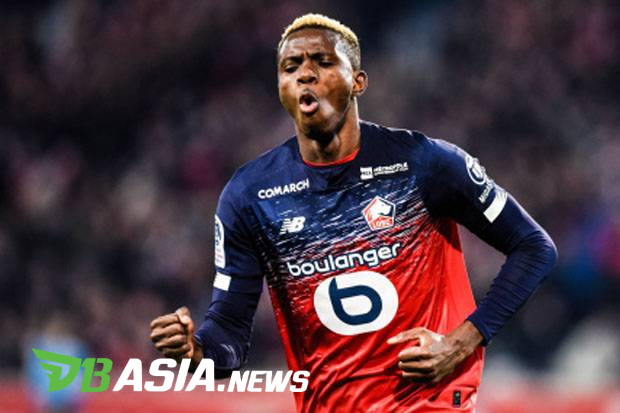 DBasia.news – Napoli club president Aurelio De Laurentiis admitted he had refused the opportunity to recruit Luka Jovic from Real Madrid, before choosing to complete the transfer of Victor Osimhen from Lille.

I Partenopei officially landed the Nigerian national team striker, Osimhen, with a dowry worth 60 million euros, as reported from Football Italia.

That number broke the record for the most expensive purchase of all time for Napoli, but apparently they sacrificed the choice to recruit Luka Jovic from Real Madrid before deciding to pursue Osimhen.

De Laurenntis confirmed that Jovic had previously been on Napoli’s list of coveted players, but as has happened, the Serie A club preferred Osimhen.

“We have met Fali Ramadani [Luka Jovic’s agent] and we can reach an agreement for him, or recruit Sardar Azmoun from Zenit St Petersburg,” De Laurentiis said in an interview with Corriere dello Sport. “However, because the negotiations for Osimhen were more successful, we pursued him.”

Luka Jovic is still in the list of players who have the potential to be sold by Real Madrid before the 2020/2021 season is held, even though he has been grazing for a season at the Spanish capital city club.

The 22-year-old striker’s career at the Santiago Bernabeu has not gone well, even though his club won the La Liga title this season. Because Jovic, who is a goal machine at Eintracht Frankfurt, is only able to contribute two goals and two assists from 26 matches in all competitions.

Currently, AC Milan are reportedly still interested in recruiting him, along with the potential departure of Zlatan Ibrahimovic this summer, but there is also interests from English and French clubs for him.