Postponing All Competitions, UEFA President Reminds the Importance of Health 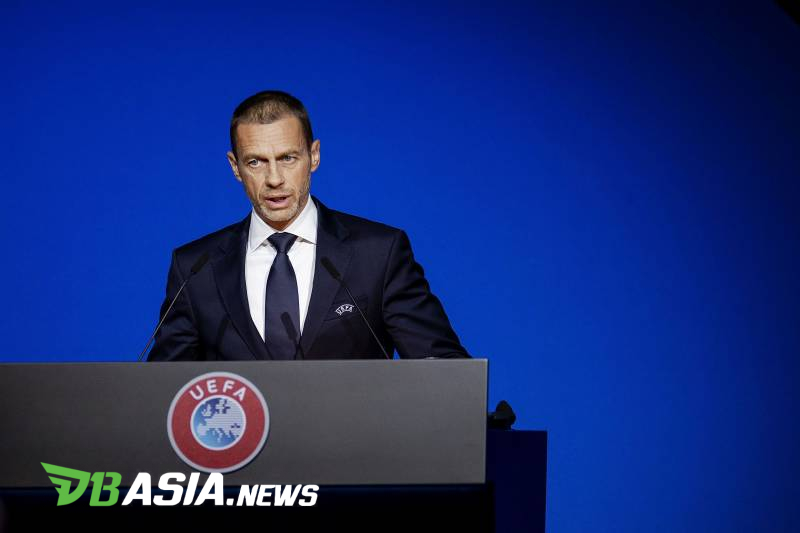 DBasia.news –  UEFA president, Aleksander Ceferin, spoke about the postponement of the 2020 European Cup to 2021. For him at this time the health of fans, players, staff, and the public was a priority amid the outbreak of the Covid-19 virus.

The European Cup 2020 would originally role from June to July 2020. However, due to the corona virus, a number of matches in European leagues and competitions have been delayed, the European Cup was also postponed so that the match could be completed in the following months.

“Today UEFA announced the postponement of its flagship national team competition, the 2020 European Cup, which will be played in June and July this year,” wrote a statement on the official UEFA website.

While the fate of all competitions and matches – including trials – for the club and the national team, both in the male or female categories, was held until UEFA’s further notice. Free time in June-July without the European Cup can be used to complete the 2019-20 season – with a note that the corona virus outbreak has decreased.

UEFA after discussing with members through meetings via video call and also followed by Ceferin has taken a decision. Ceferin stressed the importance of health for fans, staff and all players today.

“We are at the top of a sport that is lived and inhaled by a large number of unseen and fast-moving opponents. At times like this the football community needs to show responsibility, unity, solidarity and altruism,” Ceferin said on the website official UEFA.

“The health of the fans, staff and players must be our number one priority and, with that spirit, UEFA proposes various options so that the competition can end the season safely and I am proud of the response of my colleagues throughout European football.”

“There is a real spirit of cooperation, with everyone acknowledging that they have to sacrifice something to achieve the best results.”

The sacrifice must be made in order to maintain public health. Moreover, football without fans is no longer an exciting sport. This is related to the chance of a match that could have started inside an empty stadium.

“It is important that, as the governing body of European football, UEFA lead the process and make the biggest sacrifice. Moving the European Cup 2020 will cost a great deal for UEFA but we will do our best to ensure that vital funding for the deep foundation of women’s football and the development of the game in our 55 countries is not affected. “

“The goal of profit has become our guiding principle in making this decision for the good of European football as a whole.”

“Football is an uplifting and powerful force in society. The thought of celebrating a pan-European football festival in an empty stadium, with a quiet fan zone while the continent (people) sit at home alone, is something without joy and one which we cannot accept. Celebrating the 60th anniversary of the European Cup, “Ceferin stated.

Finally Ceferin thanked all those who had negotiated together on the 2020 European Cup. This included the postponement of the Copa America 2020.

Aleksander CeferinPostponing All CompetitionsUEFAUEFA President Reminds the Importance of Health