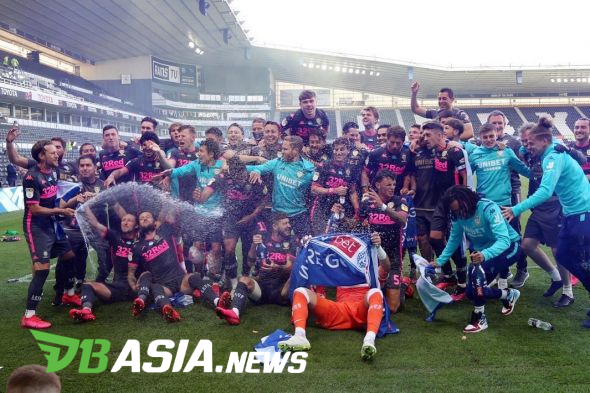 DBasia.news – Leeds United, who have already secured a place in the Premiere League last week, immediately signed a five-year kit contract with German sports apparel manufacturer, Adidas, from the 2020-2021 season.

Leeds ended the 16-year wait of returning to the premier league after second-placed West Bromwich Albion lost to Huddersfield Town last Friday and were crowned champion a day later when Brentford ranked third against Stoke City.

No financial details were disclosed from the contract but Leeds ensured that the kit sponsorship contract broke the record for the club.

Adidas will replace Italian sports apparel manufacturer Kappa, whose five-year contract with the club expires at the end of the season.

“We look forward to our progress in the Premier League with anticipation next season and a partnership with Adidas which is one of the best-known names in sports, which represents a new beginning for this club,” chief executive Angus Kinnear said Wednesday (7/22).