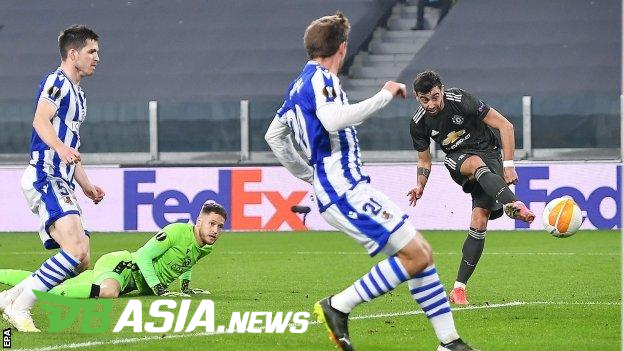 DBasia.news –  Manchester United have just celebrated four goals without reply against Real Sociedad in the first leg of the 2020-2021 Europa League last 32.  This result makes the Red Devils even more determined to advance to the next phase.

In a match that took place at Allianz Stadium, Friday (19/2), Manchester United did look solid.  Ole Gunnar Solskjaer’s team seemed unaffected by their bad trend when they met representatives of Spain.

Sociedad’s reputation as one of the Dark horse teams in LaLiga this season is really invisible.  Imanol Alguacil’s team did not move.

Sociedad is indeed more dominant in terms of ball possession.  However, this seems to be a trap that Manchester United have prepared.

“We scored some good goals and played good football. We deserved to win but maybe not with four goals,” Solskjaer told BT Sport.

“We have to defend well because they have some great players up front and we then counterattack quickly. They open up and we get the space we want.”

“On a night like this when we find space, we can be a dangerous team,” he added.

The four Manchester United goals scored by Bruno Fernandes (two goals), Marcus Rashford, and Daniel James started on the counterattack.  The English giants could have won with more goals if they had a number of other golden opportunities that failed to take advantage.

Manchester United have indeed returned to show how dangerous they are in counterattacking.  The speed of Marcus Rashford and his friends up front really exploited the Sociedad defense.

“Every team attacks you, it’s about finding moments to find space. We are in the process of learning from a few matches that we haven’t been able to win lately,” said Solskjaer again.

Recognition regarding the greatness of Manchester United was also conveyed by Sociedad’s coach, Imanol Alguacil.  From the start, he realized that his opponent was very dangerous in counterattacking.

“We know we can suffer at the back because of their fast attackers, and that they are a team from the Champions League and are second in the Premier League. If we had to lose it would have been like this,” said Alguacil.

“No doubt this is a difficult and painful result.  But we want to be true to our style, no matter who we face.”