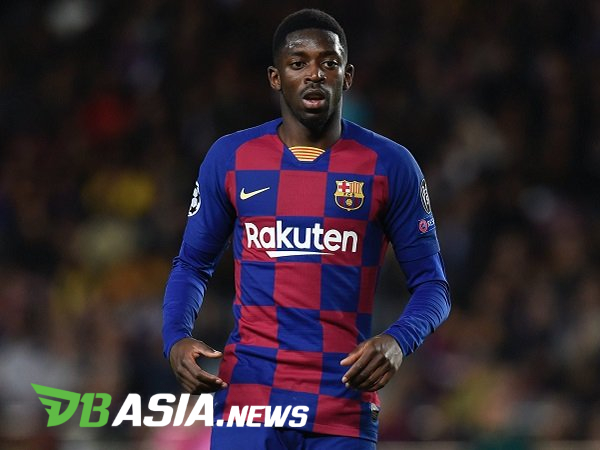 DBasia.news – Barcelona manager, Ronald Koeman explained his decision for not playing Ousmane Dembele when the Blaugrana went on an away match against Celta Vigo in the continued 2020-2021 La Liga, earlier today.

Barcelona managed to defeat the host, Vigo during a visit to Estadio Balaidos, Friday (2/10). The three goals were recorded by Ansu Fati in the 11th minute, Olaza’s own goal in the 51st minute, and Sergi Roberto in the 90th + 5 minute.

However, in the victory there were many questions regarding the absence of Ousmane Dembele. The French footballer was on the bench but Koeman was denied playing time.

“I think Pedri and Trincao can contribute more defensively than Dembele, that’s why they were played. It’s just a matter of what the team needed technically,” Koeman said as quoted by Goal, Friday (2/10).

Practically the rumors regarding Dembele’s departure from the Estadio Camp Nou to Manchester United were circulating vastly with Koeman’s decision to leave the winger back.

However, the Dutch tactician chose to remain silent and only admitted that Los Azulgrana still needed Dembele in his team.

On the other hand, Koeman added that the target was also the latest performance shown by Barca in the 2020-2021 competition. He said, Barca showed a lot of discipline when playing a 4-4-1 formation system.

“I am very proud of this team today, we have done well, with one player less. The players have done a good job,” he continued.

The 57-year-old manager later said his team’s focus was on improving the previous season. Barca is aiming to become La Liga champions, and to reclaim the Champions League title which they have failed to win in recent years.

“We can be happy with the draw. Juve and Barca are the two best teams in the group but it must be proven,” said Koeman explaining the results of the 2020/2021 Champions League group stage.