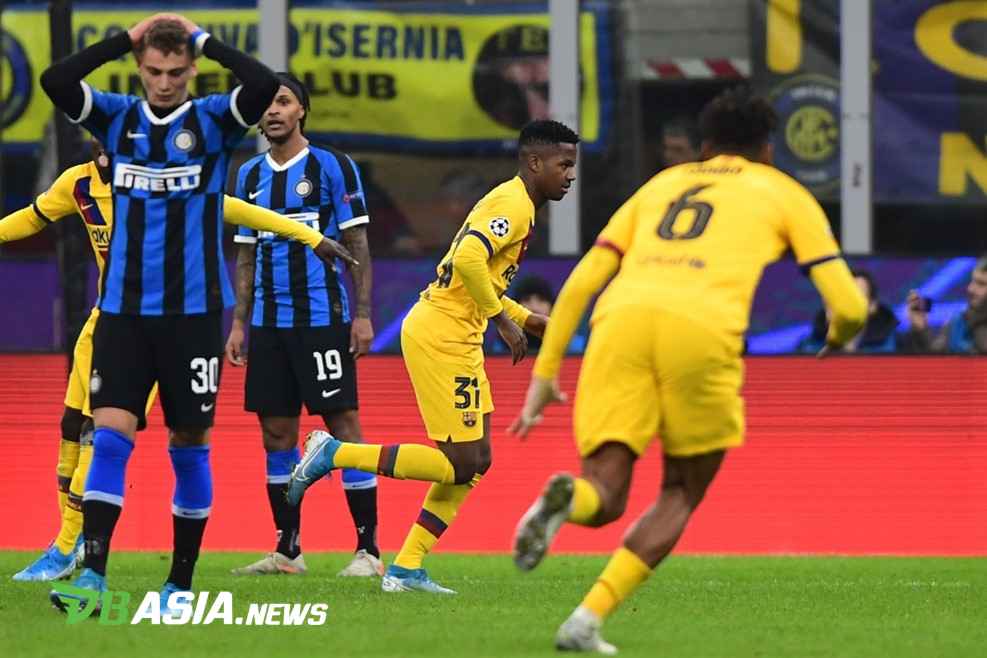 DBasia.news –  Inter Milan goalkeeper, Samir Handanovic, said he was disappointed with the results found after against Barcelona on Wednesday (11/12/2019) early morning Western Indonesian Time. The game ended in a 1-2 defeat from Barcelona.

Inter Milan actually benefited from Barcelona’s decision to reduce the majority of second-tier players. However, the host failed to take advantage of this situation until finally lost 1-2.

After the match, Samir Handanovic said this failure made him hurt. Even though he and his team-mates had put out their best ability to win the match.

“We failed to score in the second half even though we had a few chances. We know Barcelona is very dangerous in the counterattack. We then experienced difficulties and things got out of control when they scored the second goal,” Handanovic told Sky Sport Italia, Wednesday (11/12/2019).

“We have given everything we have. This is a very painful defeat, but our season will not end here. “We still have two Serie A matches before the Christmas break, after that we can recharge our batteries,” he continued.

Furthermore, the goalkeeper who is also the Inter captain insisted that his team deserved enough to qualify for the last 16. However, he did not deny some problems made the team’s performance inconsistent.

“Our performance in this group shows that we deserve to qualify. But unfortunately, we experienced ups and downs in performance in some crucial matches,” concluded Handanovic.