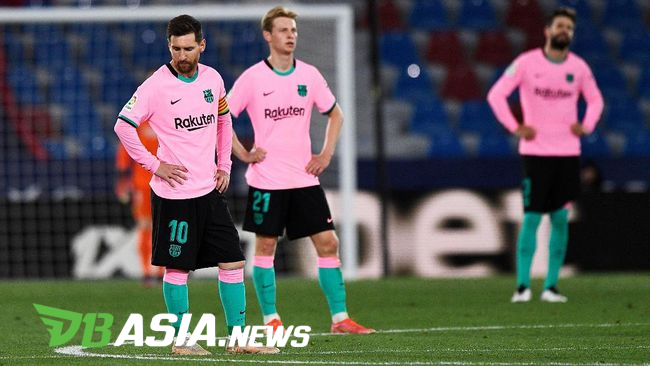 DBasia.news – Mathematically, Barcelona’s chances of winning are still open. However, when viewed from the current competition, Barca have a number of reasons to part ways to the LaLiga title.

Barcelona failed to take advantage of the momentum to the top of the LaLiga standings after only playing 0-0 against Atletico Madrid. Now, the two teams remain two points apart.

This failure extended Barcelona’s poor record when they had a chance to lead the standings. Now, with three matches remaining, the fate of Barca is also determined by the results of other teams namely Real Madrid, Atletico and Sevilla.

So, how can this condition occur? Barcelona, which several times were on the verge of being top position, lost momentum to become champions.

The first reason is the slow pace in the first period. Barcelona lost 20 points. Now, Barca must not repeat it in the remaining three matches against Getafe, Cadiz and Eibar.

Next, Barcelona also did not have a spell when facing direct competitors for the title. Lionel Messi and his team mates bowed in front of Madrid and only won one point when they met Atletico.

Barcelona’s list of sins continued when facing Granada. When they had the opportunity to decide their fate that was in their own hands, Barca lost at home. These results prove that Barcelona needs to make improvements, especially in the rear sector.

Barcelona also lacks team depth. Namely in the striker position where there is no number 9 striker like Luis Suarez used to be. In addition, players such as Junior Firpo, Miralem Pjanic, and Riqui Puiq were also not at their best. This situation left Ronald Koeman with many options.