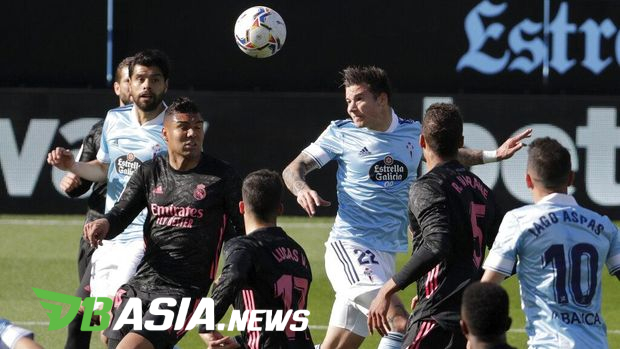 Real Madrid has not lost in the league since early February. The record looked set to continue after they took the lead on the 20th minutes. Toni Kroos passed Celta’s players before assisting for Karim Benzema’s onside goal. Madrid ahead 1-0.

Ahead of halftime Celta was able to reduce his position. Denis Suarez took the free kick and Santi Mina was onside before scoring. The streak changed to 1-2 and Celta Vigo reduced the gap.

In the second half Celta increased the tempo of the game and created chances. Conducting a pass of one or two between Brais Mendez and Iago Aspas resulted in an opportunity from Aspas who was pushed over by Thibaut Courtois in the 62nd minute.

Real Madrid tend to rely on counter-attacks and occasionally take possession of the ball with a 2-1 advantage. Celta continued to press Madrid’s defense at Balaidos. Eduardo Coudet made a substitution.

Fran Beltran, Augusto Solari came on and Zinedine Zidane only brought on Marco Asensio on the 71st minute to replace Toni Kroos. However, even though there was only one substitution, it showed results.

As Celta never scored an equalizer and Asensio ended the match with a goal in 90 + 4 minutes. After scoring two goals, this time Benzema provided the assist for Madrid’s third goal. El Real won 3-1 over Celta Vigo.