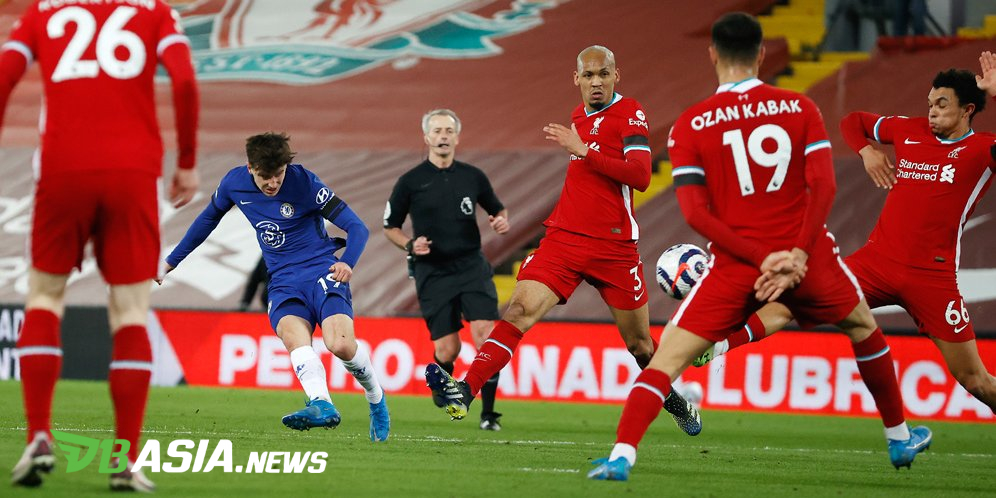 Liverpool has a home record that has not improved so far in the Premier League against Chelsea who are on good terms. Chelsea have been unbeaten in nine matches since Thomas Tuchel coached the club.

The momentum of play was shown by Chelsea. With 3-4-3 tactics, their game repeatedly tested Liverpool’s defense. Hakim Ziyech, Timo Werner and Mason Mount forced Liverpool defenders to be on standby to guard them.

Chelsea even scored a goal in the 25th minute when Timo Werner received the ball from Jorginho and Alisson left his turf. But after reviewing the VAR the goal from Werner was declared invalid due to being offside.

The final goal came from Chelsea who created more chances in the first half. In the 42nd minute after receiving the ball from N’Golo Kante, Mount dribbled the ball and tricked Fabinho and scored from outside the penalty box. Chelsea excelled at the same time closing the first half with a score of 1-0.

The match in the second half was largely controlled by Liverpool. They dominated possession with Thiago at the center of play in midfield. However, Chelsea’s defense was very tight and difficult to penetrate.

There weren’t many dangerous chances that forced Edouard Mendy to make saves, although Klopp has played Diogo Jota, Alex Oxlade-Chamberlain and James Milner.

Mason Mount’s goal was the only goal in this match. Chelsea won 1-0 over Liverpool at Anfield and this will be their first win there since the 2014-2015 season.