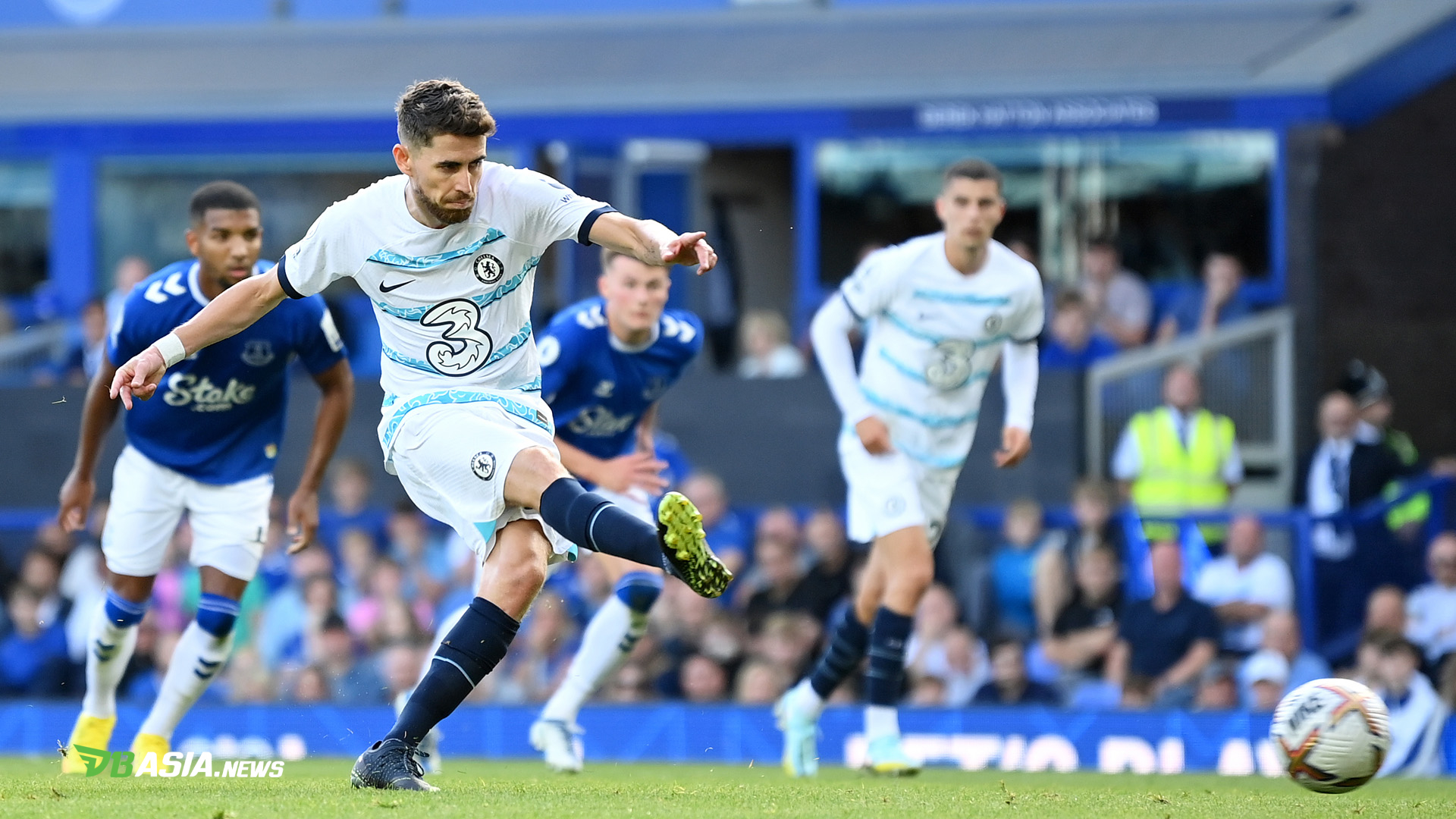 DBasia.news – Jorginho’s penalty in added time in the first half was enough for Chelsea to beat Everton at Goodison Park in the first match between the two teams in the 2022-2023 Premier League season.

Everton limped in this match, not only losing but also having to lose defender Ben Godfrey and also seeing Yerry Mina limping in the middle of the second half of the match which took place on Sunday (7/8).

The Blues immediately made their summer signings debut, with Raheem Sterling and Kalidou Koulibaly starting, while Marc Cucurella came on towards the end of the second half.

Jorginho’s opener for Chelsea was his 20th in the Premier League, with 18 of those coming from penalties. That makes him the player with the highest penalty/goal ratio, 90% higher than any player in England’s top flight to score more than 20 goals.

It was also Chelsea’s 139th penalty goal in the competition, the most of any team. Liverpool trailed them with 138 goals from the penalty spot.

The win was also Chelsea’s 20th win in the first week of the season, and no other team has had a better record, only Manchester United level with them.

Since Thomas Tuchel’s first away game in February 2021, only Manchester City (70) have scored more points away from home than the Blues’ 63 in the same time period.

Eduoard Mendy has been in excellent form since joining Chelsea, and only Ederson has a higher clean sheet ratio among goalkeepers who have made 50 or more starts (47% versus 50%).

Chelsea have another tough task ahead of them next week when they host Tottenham Hotspur at Stamford Bridge in their first home game of the season.

Then the following week, on August 21, they travel to Leeds United before closing the month with an agenda against Leicester City and Southampton.