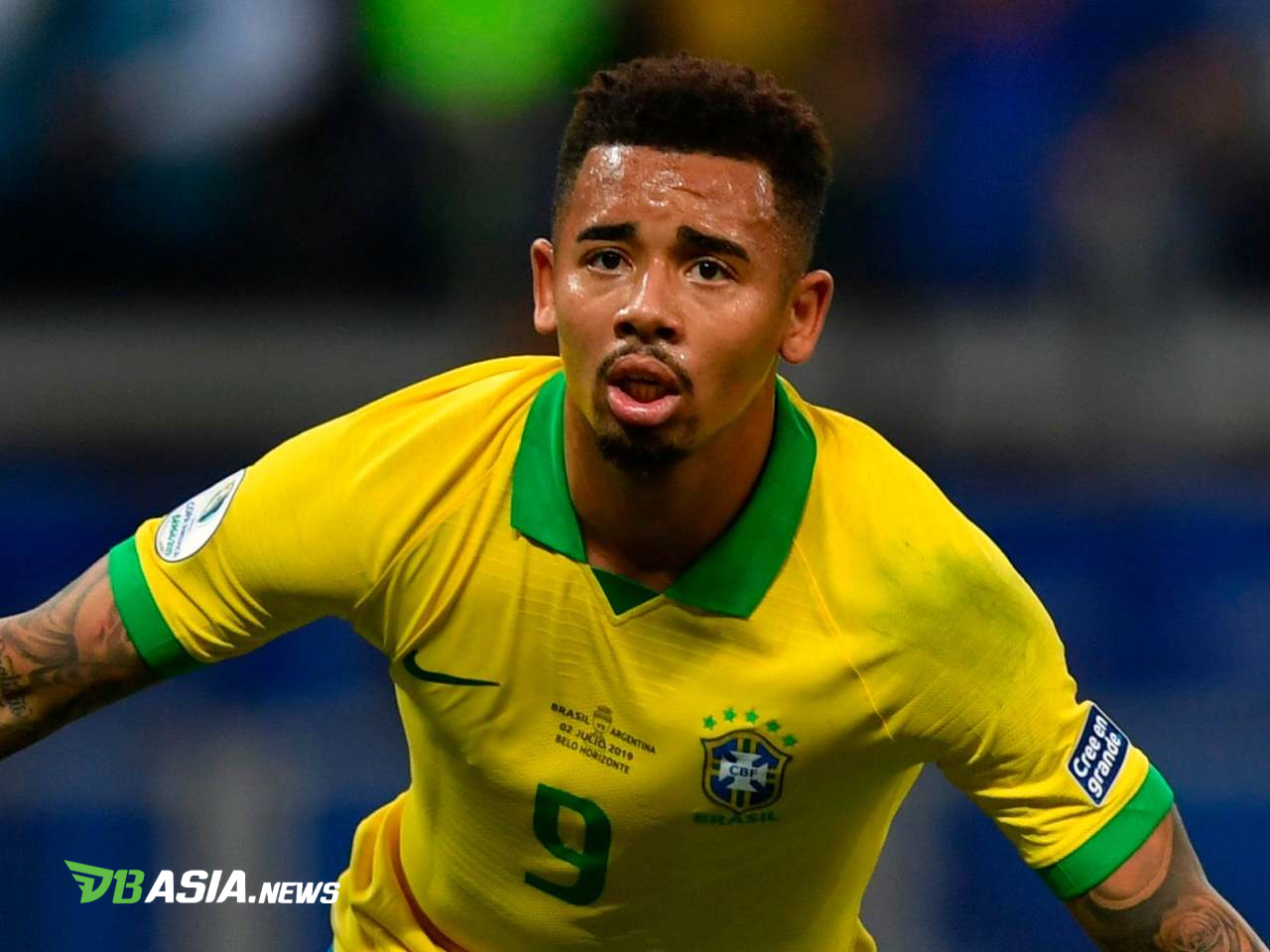 DBasia.news –   Brazilian national team striker Gabriel Jesus was the center of attention when Brazil beat Peru in the 2019 Copa America final with a score of 3-1 at the Estadio Maracana on Monday (8/7) early morning hrs.

Three Seleccao goals were scored by Everton Soares (15′), Gabriel Jesus (45 + 3′), and Richarlison (90′, penalties), which was reduced by Paolo Guerrero’s penalty on 44 minutes. In that match also Gabriel Jesus, Manchester City striker, sent off in the 70th minute.

Jesus, 22, received a second yellow card when he violated a Peruvian player, Carlos Zambrano. Jesus’ expression immediately changed from the player who had previously celebrated twice, becoming a big disappointment while leaving the match field.

While going outside, Jesus kicked the drink bottle in the technical area, then pushed the VAR television (Referee Assistant Video) until it almost fell, and cried in the hallway of the player’s dressing room. Jesus did not believe received a red card in the match.

Interestingly, when Brazil certainly won the match with a final score of 3-1 and Richarlison scored a crucial goal, Jesus returned to the field and lifted the Copa America trophy – first to Brazil after 12 years.

However, Jesus could quickly forget the red card and immediately go on vacation with extra time given by City. Keep in mind, the former Palmeiras player has won five trophies throughout the 2018-19 season until 2019.

Beginning with winning the Community Shield, Jesus also won the domestic treble when he won the Premier League, FA Cup, and League Cup titles, which was then closed with the Copa America.