Italy Has No Difficulty against Belgium 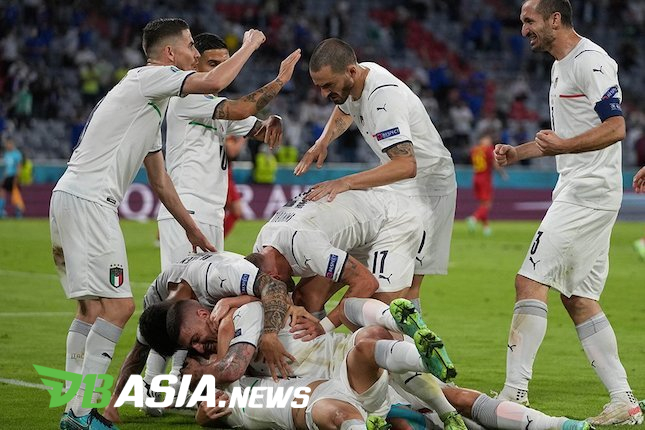 DBasia.news – The coach of the Italian National Team (Timnas) Roberto Mancini admitted that his team had no difficulties at all when facing Belgium in the Euro 2020 quarter-final match on Saturday (03/07). Because they felt no difficulty, Italy then managed to win 2-1 over Roberto Martinez’s squad.

All goals in this match came in the first half. Nicolo Barella (31′) and lorenzo Insigne (44′) gave Italy the lead before Romelu Lukaku pulled one back in injury time.

Italy as a whole performed better than Belgium. They excel in possession and the number of shots on goal.

The appearance of Jorginho and his friends also received praise from Mancini. He considered all the players played their roles very well.

“I don’t think we suffered too much in every moment of this match. To beat a team like Belgium, you need a great performance from everyone and this is what happened today,” said Mancini after the game.

Even so, there is one thing that stuck in Mancini’s mind. He is not satisfied with the effectiveness of his team in taking advantage of opportunities.

Italy had locked the Belgian defense in the first half. But only two goals that managed to nest in the goal of Thibaut Courtois.

“We scored two goals but we could have scored more. But I think this win deserved it.”

“Tonight, we just want to think about our performance and our win.”

This deficiency is certainly a material for Mancini’s evaluation. Italy must not repeat the same mistake when they met Spain in the semifinal match.

Italy Has No Difficulty against Belgium