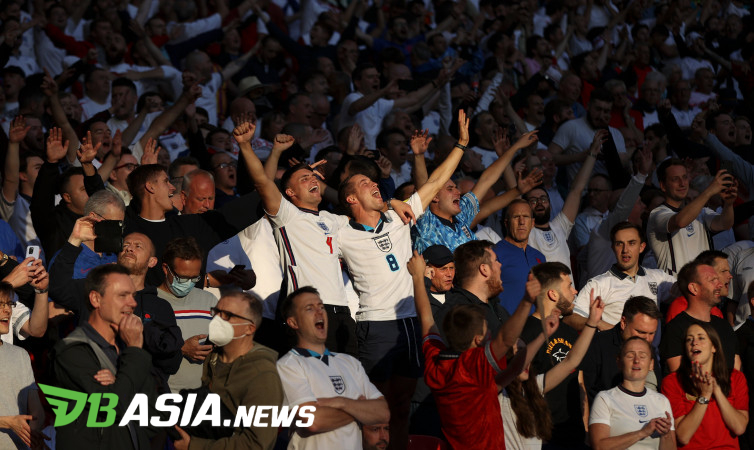 DBasia.news – The song Sweet Caroline belonging to classical singer, Neil Diamond, became a mandatory song for England fans at Euro 2020. Thousands of The Three Lions supporters sang the song together at the end of the match.

The fans already have a catalog of songs that are usually sung in the stadium. Some of them are Football’s Coming Home, World in Motion, and Vindaloo. However, in this edition it is different.

The song Sweet Caroline has long been a celebration song for a number of British sports teams and other sports. Aston Villa and Chelsea fans have been singing the song for years too.

“When England played Germany, we actually played Sweet Caroline in preparation before the game. Then, both fans reacted like crazy,” Perry told the BBC.

“At the time, I thought Sweet Caroline had done a better job than Vindaloo.”

The screening of the song Sweet Caroline was also welcomed by Gareth Southgate. “You can’t beat Neil Diamond. It’s a very uplifting song. I think it brings people together,” Southgate said.

Meanwhile, regarding the song Sweet Caroline, the name in the title was inspired by the daughter of former United States president John F. Kennedy. Although, the theme of the lyrics was inspired by Diamond’s wife, Marcia, which was written in 1969.

The song was in third place on the US charts at the time. Meanwhile, in England, the popularity of the song Sweet Caroline only occupied the eighth position. However, Sweet Caroline is still being remembered for decades.

On the other hand, the song Sweet Caroline is also synonymous with British heavyweight boxer, Anthony Joshua, and the Major League Baseball team Boston Red Sox.

Here are the lyrics to the song Sweet Caroline by Neil Diamond:

I can’t begin to know,

But then I know it’s growing strong

Was in the spring,

Then spring became the summer,

Who’d have believe you’d come along?

To believe they never would

Look at the night

And it doesn’t seem so lonely.

We filled it up with only two.

And when I hurt,

Hurting runs off my shoulders,

How can I hurt when holding you?

To believe they never would, oh no, no.

I believed they never could.