Losing to Watford, Manchester United repeats their the bad record 32 years ago 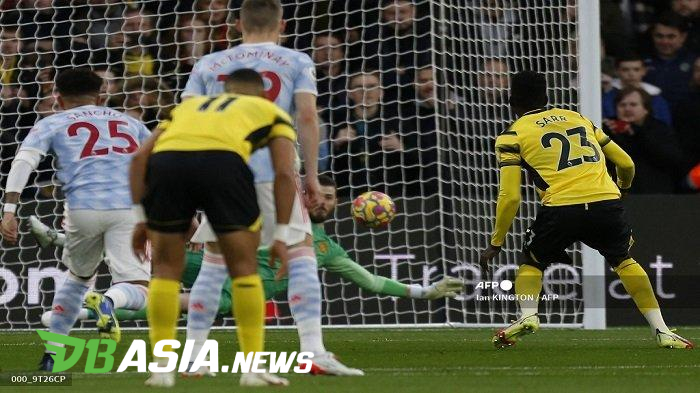 DBasia.news – Manchester United lost to Watford with a score of 1-4 in the Premier League match at Vicarage Road, Saturday (20/11).

Since the beginning of the match, the wind blew into Watford. When the game had just been running for a matter of minutes, Watford had already received a penalty. But Ismaila Sarr missed the opportunity to make two penalties which were executed by him.

In the first opportunity, Sarr’s shot was denied by De Gea and Kiko had a wild ball thrown in. The referee then decided to repeat the penalty as the Watford player had entered the penalty box when the ball was kicked.

Sarr repeated the penalty, but De Gea was able to save it again.

Watford finally took the lead after Joshua King rattled the Man Utd goal in the 28th minute following a pass from Emmanuel Dennis.

Watford doubled their lead in the 44th minute through Sarr. After receiving the ball from Kiko, Sarr fired low.

Behind two goals, Ole Gunnar Solskjaer decided to field Donny van de Beek and Anthony Martial in the second half. Van de Beek could score a reply in the 50th minute after continuing Ronaldo’s header.

The Red Devils’ efforts to equalize the score got heavier after Harry Maguire was shown a red card in the 69th minute. Maguire received a second yellow card seven minutes from the first.

Watford scored a pair of goals at the end of the match. Joao Pedro was able to beat De Gea through a hard shot after receiving a through ball from Dennis.

Pedro’s goal was followed by Dennis at the end of the match. Watford closed the game with a 4-1 win over Man Utd.