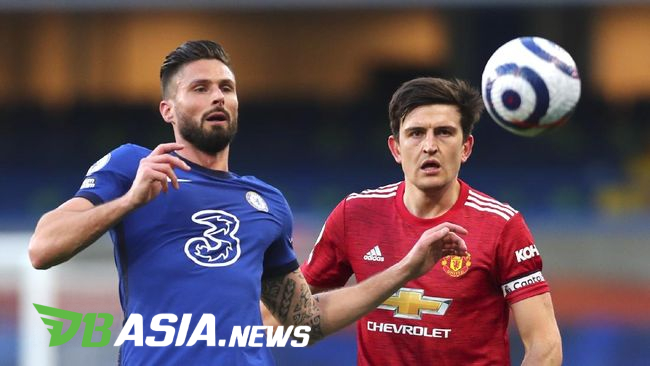 DBasia.news – Chelsea’s match against Manchester United in the 2020-2021 Premier League was tight and interesting. MU’s ambition to stop Thomas Tuchel’s winning record at the Blues appeared disappointing as the game ended in a draw.

In a match that took place at Stamford Bridge on Sunday (28/2), Chelsea and Manchester United drew 0-0. Even though the two teams appeared determined to chase victory.

Chelsea immediately took the initiative to attack from the start of the match. However, Manchester United’s defensive discipline was able to anticipate the host’s efforts.

Manchester United were actually able to create a golden opportunity first in the 14th minute through the execution of Marcus Rashford’s free kick. It was fortunate that Edouard Mendy was still spry between Chelsea’s crossbar and brushed it off.

A controversial incident then occurred when Callum Hudson-Odoi’s hand was seen touching the ball in the penalty box. Interestingly, the referee who saw the moment through VAR did not award a penalty.

Chelsea’s best chance in the first half came in the 36th minute. Olivier Giroud had come close to breaking into Manchester United’s goal if he had been a fraction of a second quicker in welcoming Hudson-Odoi’s cross at De Gea’s mouth.

A number of other opportunities were created by Chelsea, but the scoreboard remained unchanged until the break.

After halftime, Chelsea took the initiative to attack again. Manchester United responded by launching a fast counter attack which was quite dangerous.

In the 62nd minute, a wave of Manchester United’s attacks were able to be completed by Scott McTominay with a hard shot. But Mendy was again able to anticipate it even though his view was blocked by many players in the penalty box.

Shortly thereafter, Fred’s curling shot failed to reach Mendy. But the ball was still wide from the right side of Chelsea’s goalpost.

The determination to win was shown by the two teams in the last 15 minutes of normal time. Chelsea and Manchester United both added to their breaking force by introducing new strikers, namely Timo Werner and Anthony Martial.

In the 83rd minute, Werner almost scored using a bait at Manchester United’s goal. Luckily, a crucial save from Victor Lindelof kept the visitors’ goal safe.

The 0-0 score finally lasted until the game was over. Chelsea and Manchester United had to settle for sharing one point.

This result extended Chelsea’s unbeaten streak under Tuchel. Manchester United have also not been defeated in an away match in the Premier League.

Even so, an additional point also hindered the steps of the two teams in the standings. Chelsea failed to break into the top four, while Manchester United was increasingly behind Manchester City at the top of the standings.