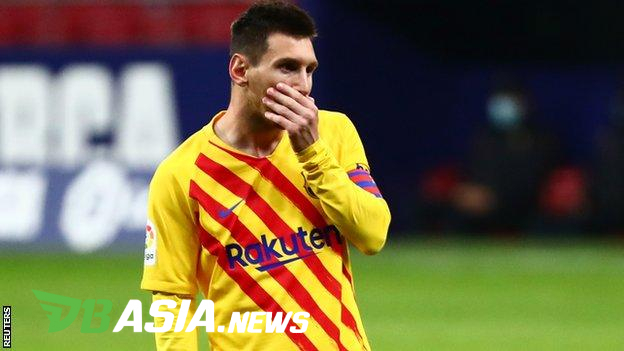 DBasia.news – Barcelona’s problems did not end just like that despite replacing Quique Setien with Ronald Koeman until the resignation of Josep Maria Bartomeu from office. The star’s decision, Lionel Messi at Barca, is even said to have raised new problems.

It is no secret that Messi made a transfer request in the summer of 2020, but Barcelona held back his departure. Although he has said his commitment to Barca, Messi’s play on the pitch is the opposite of him.

With Messi being the scapegoat for Antoine Griezmann’s poor performance, Barca’s internal atmosphere heats up. This can be seen from Messi’s comments, who admitted to being tired at Barcelona.

The heat of Barcelona’s internal situation was seen when they lost 0-1 to Atletico Madrid in LaLiga. It was Atletico coach Diego Simeone’s first win over Barcelona. The duo of Griezmann and Messi do not have good coordination.

The Dutch football legend, Marco van Basten, assesses that both of them play like a cake maker (seemingly slow in their game). Van Basten also considered that Messi’s time had ended at Barca because he was no longer the same as before.

“He’s just playing badly now. Messi and Antoine Griezmann are playing like a cake maker. He (Messi) will definitely be bothered by the fact that there are no spectators,” Van Basten said as quoted by Voetbalzone.

“He is not happy with the situation in and around Barcelona. And then also the problem with Griezmann. It is an accumulation. We no longer see the people we know so far.”

The six Ballon d’Or winner’s contract expires in 2021 and Van Basten thinks Barca sold him in January 2021 to get cash, especially since the salary is large.