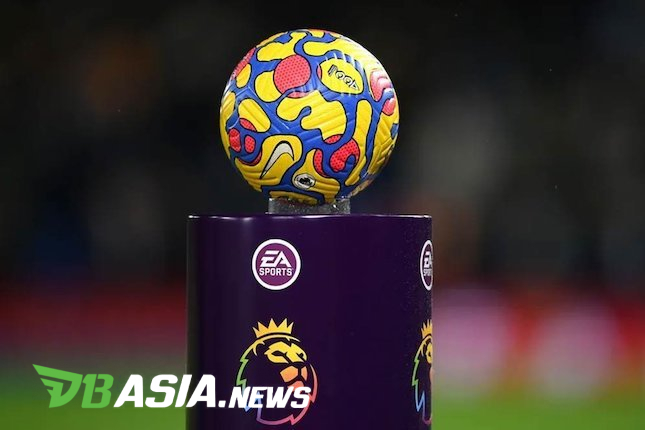 DBasia.news – The Premier League will still be the best league in the world and will continue to shine in Europe and the world.

In the last few seasons Liverpool and Manchester City have dominated in the race for the league title, but other teams can still beat each other no matter how big  the teams are.

The London derby between Arsenal and Crystal Palace will be the opening match of the 2022-2023 Premier League on August 5. In addition, there are also several new rules that will later be applied in the Premier League.

Rules made during the corona virus pandemic and postponed the league in the 2019-2020 season. It is hoped that with the five substitution rules, teams can maintain player fitness, especially when players in the squad are exposed to COVID-19.

After other European leagues apply these rules, the Premier League also applies them for the new season. That is the answer to the complaints of top managers like Pep Guardiola and Jurgen Klopp.

Fortunately, the 2022 World Cup will take place in Qatar, Asia, and towards the end of 2022. Due to this agenda, the Premier League has again set a winter break.

The league will still start on Friday, August 5 (local time) and ends on Sunday, May 28, 2023, there is also an international break in September and March, but clubs are temporarily closed.

The Premier League will therefore play until week 16 through the weekend of November 12, then enter a 6 week winter break during the World Cup, before starting again on Boxing Day 2022.

There has been deliberation, however, of postponing the busy December period to extend the winter break.

There must be a coin toss to start the match. Previously, anyone could do it, but now the referee has to do so. Tossing the coin to start the game and talking to the captains of both teams regarding which side of the field to choose.

Team Officials Can Be Expelled

Not only coaches and players that can be sent off in matches, but also team officials. It not only applies to the Premier League but the whole of football, it can also apply to the lower divisions of English football.

Remember Eric Cantona’s kung fu kick against Crystal Palace fans in January 1995? It will take until 2022 before IFAB makes rules for players who lose control, leave the field, then attack a non-player (in the rules defined as an out agent) when the ball is in play.

When that happens in a dead ball situation, the match can resume normally. But if the ball is rolling or being played when the incident occurs, then the referee reserves the right to award an indirect free kick from the position the player left the field.

One Foot Behind the Line

In a recent rule change, when a goalkeeper faces a penalty there must be at least one foot on the goal line, and can move the other foot forward if they wish to do so.

IFAB changed that and goalkeepers can now have one foot behind the goal line, so they can be in a slightly deeper position and provide a boost for momentum in an attempt to make saves.

Dominant Goalkeeper in the Penalty Box

Now it’s clear that only goalkeepers can do that. So if someone is caught on camera scoring a goal with his hands like Luis Suarez and others, then the referee has the right to send him out of the match.