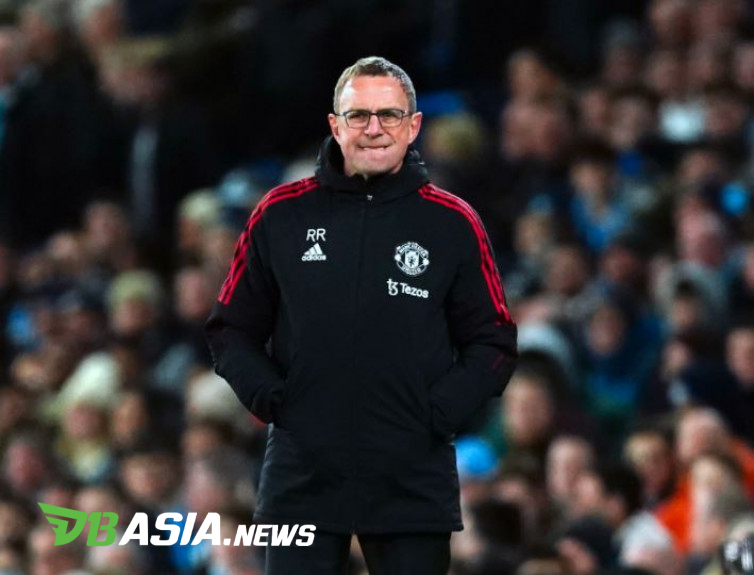 DBasia.news – Manchester United will start week 32 of the Premier League against Everton at Goodison Park, Saturday (09/04). United manager, Ralf Rangnick wants to see the commitment and mentality of the Red Devils players.

It’s no secret that inconsistent performances have become the main focus of Man United this season, leading to failure to win a trophy for five consecutive seasons and leaving only the struggle for a place in the top four (Champions League zone).

His opponent will not be easily defeated. Everton are not yet safe from the relegation zone and currently sit 17th in the table, picking up 25 points from 29 games and a point adrift of Burnley below them.

Frank Lampard’s team swallowed two consecutive defeats before. The team that is struggling to survive the relegation zone Everton should also be able to go all out against Man United.

Rangnick knows the importance of this match for both teams. He asked his foster children to show character, mentality, commitment and attitude in responding to important matches, because according to him these things are more important than just tactical matters.

“Obviously the most important part is the character and the energy, the commitment to win games in an atmosphere that will probably be very similar to the one at Leeds,” Rangnick told United’s official website.

“We are very aware of the importance of the game for both sides, for them it is very important and for us too. The game plan and tactics are one thing but the most important thing is mentality, attitude and physicality and this will probably decide.”

“There are a lot of high balls in the air and we have to prepare for such a competitive match tomorrow,” explained the German manager.

In the last 13 meetings between the two teams in the Premier League, Everton have only won once, the remaining six ended in a draw and six wins for Man United. The last time Everton won in April 2019 with a score of 4-0 under Marco Silva.