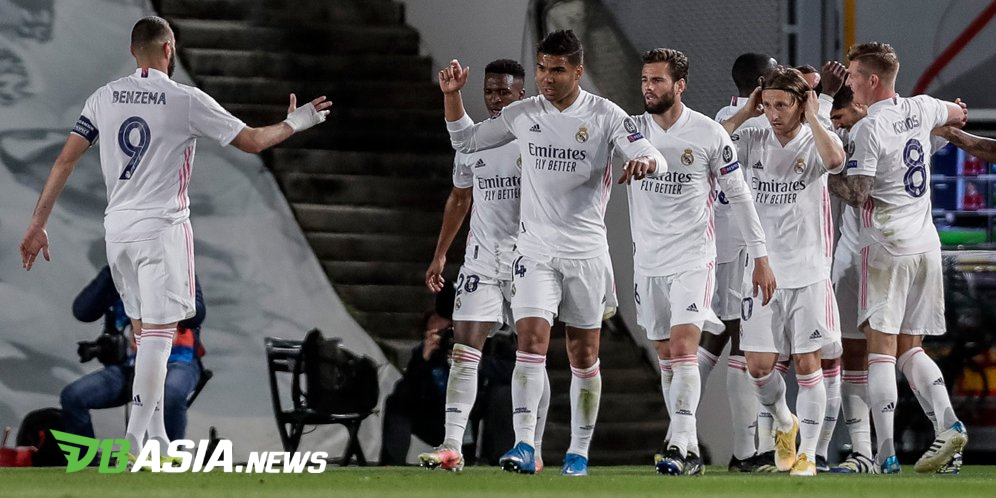 DBasia.news – Real Madrid won an important victory after beating Barcelona 2-1 in the 2020-2021 LaLiga follow-up, at the Alfredo Di Stefano Stadium, Sunday (11/4). It was Madrid’s second win over the Blaugrana this season.

In the first period, Real Madrid defeated Barcelona 1-3 at the Camp Nou. Federico Valverde, Sergio Ramos and Luka Modric became the goalscorers for Madrid in the duel.

In this edition, Madrid’s winning actors were are Karim Benzema and Toni Kroos. Meanwhile, one Barcelona goal was created by Oscar Mingueza.

El Real was leading 1-0 when the game was 13 minutes in. The goal came from a Lucas Vazquez cross which was finished by Karim Benzema.

The goal has made Benzema the fourth Madrid player of the 21st century to score in seven consecutive LaLiga matches after Ruud van Nistelrooy, Cristiano Ronaldo and Gareth Bale.

Amazingly, it was Benzema’s first goal against Barcelona in 10 matches. The French forward’s long wait ended.

Madrid got the upper hand after Kroos scored a free kick in the 28th minute. Barcelona’s line of living fences was unable to stem the midfielder’s shot.

Barcelona is not without opportunities. After Madrid excelled, Los Cules got at least two chances from Lionel Messi and Ousmane Dembele. However, until the first half ended, no more goals were scored.

Barcelona came back to life after Mingueza scored a goal in the 60th minute. The young player grabbed Jordi Alba’s pass.

Real Madrid returned the threat six minutes later. Vinicius Junior sent a dangerous pass for Benzema who is at the mouth of the goal. Luckily for Barca, Ronald Araujo was able to cut it.

Barcelona almost equalized in the 83rd minute. Jordi Alba only needs to go up against Thibaut Courtois. However, the defender’s shot was still not on target. The ball that Martin Braithwaite was trying to chase was too tight.

Drama was created at the end of the match. Casemiro received a second yellow card after fouling Mingueza.

However, Barcelona failed to take advantage of the players’ advantage in the remaining time. Madrid also won with a score of 2-1.

Now, Real Madrid are at the top of the standings with 66 points. Madrid’s total amount is the same as second place, Atletico Madrid, who have yet to play a match this week. Meanwhile, Barca is one point less.