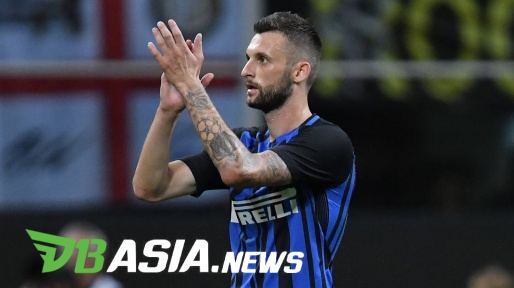 DBasia.news –  Real Madrid are reportedly interested in signing Inter Milan midfielder, Marcelo Brozovic, in the transfer market next summer. Reporting from Sports Mole, Los Blancos’ are interest in the Croatian national team player to replace one of his midfielder.

Marcelo Brozovic became one of the players whose role was irreplaceable at Inter Milan. Occupying the back position, the midfielder became the liaison between each line.

Brozovic’s game improved in the Antonio Conte era. Latest, he scored in la derby della Madonnina against AC Milan. The goal lifted the Inter’s player mentality who was 0-2 behind.

This season, Marcelo Brozovic has played in 28 matches. The 27-year midfielder scored three goals plus five assists in various events.

These impressive performances has made Real Madrid fall in love. El Real rates, Brozovic will be useful in Zinedine Zidane’s scheme.

Real Madrid are projecting Marcelo Brozovic to replace Luka Modric who is aging. Both players have similar style of play as both are from Croatia.

Inter Milan are predicted not to let Real Madrid bring in Marcelo Brozovic easily. Currently, Inter are trying to offer a new contract to Brozovic.