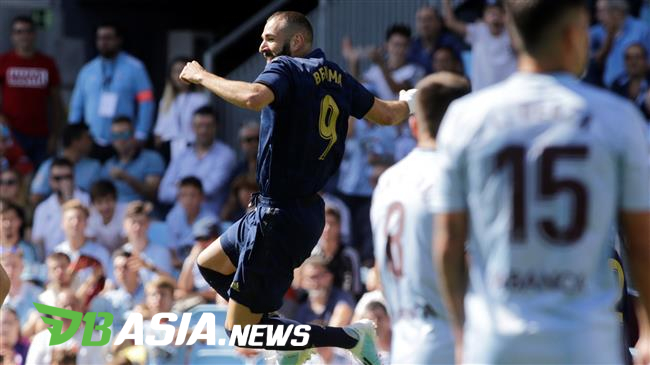 DBasia.news –  Real Madrid won a 3-1 landslide victory over Celta Vigo in the opening match of LaLiga 2019-20 at Balaidos, Saturday (17/8) evening WIB. The victory was achieved with Madrid playing with 10 players since the 56th minute.

Croatian midfielder, Luka Modric, was sent off in the 56th minute after VAR (Video Assistant Referee) was used to review the incident. Modric was considered to be too rough with Vigo’s players.

Zinedine Zidane, Madrid coach, played the 4-3-3 tactics and relied on old faces like Gareth Bale, Karim Benzema, Toni Kroos, Casemiro, and Sergio Ramos. There were no new players as starting.

Madrid immediately silenced the Balaidos public when the game ran for 12 minutes. Benzema made good use of the horizontal cross from Bale. Bale’s assist and Benzema’s goal made it 1-0 for Madrid.

The position lasted until halftime. Celta dominated possession, however, Madrid played cohesively and calm in the midfield, forcing Vigo to play widely.

Celta had originally scored before the first half ended through Brais Mendez goal. However, his goal was disallowed as the giver of assists, Iago Aspas, had been offside. VAR is again ‘in action’.

The second half the game was more intense since Modric was sent off in the 56th minute. Nevertheless, the superiority of individual quality was the differentiator in this match. Toni Kroos unleashes a long-range shot that was not able to be pushed over by Ruben Blanco, goalkeeper Vigo, and took Madrid away in the 61st minute.

The lack of number players did not reduce Madrid’s power. The third goal came in the 80th minute. Substitute, Lucas Vazquez, received an assist from Benzema and scored with the first chance he printed. Madrid won 3-0.

One minute before the match ended, Vigo scored a consolation goal through Iker Losada’s kick after receiving an assist from Pape Diop. Losada kick failed to be pushed over by Thibaut Courtois. Madrid won 3-1 over Celta Vigo.