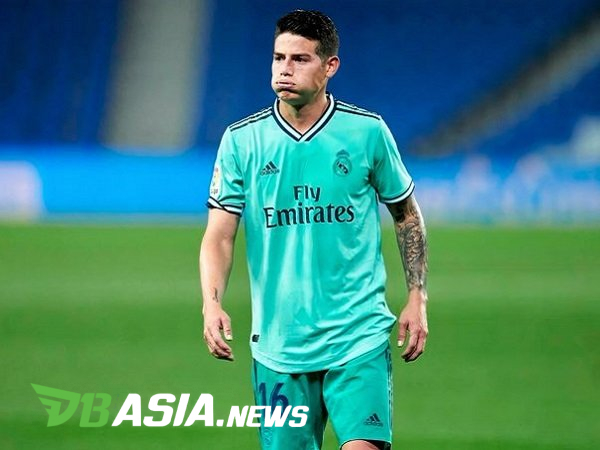 DBasia.news – Real Madrid are reportedly reluctant to sell James Rodriguez to their city rival, Atletico Madrid. At the moment James rarely got the chance to play with Los Blancos.

Although, Zidane always stated that Rodriguez still needed for the future. However, the Colombian national team player has only started five times in La Liga this season.

On the other hand, Los Blancos is more eager to sell him. One of the issues is the possibility of Rodriguez being sought after by Atletico Madrid. Although, there has been no confirmation to date.

But Rodriguez’s stepfather claimed his son almost arrived at Wanda Metropolitano, until then Madrid said Rodriguez would not be trained by Diego Simeone. Understandable 28-year-old player was open to the idea of ​​moving the club to be able to get a chance to play.

” James would prefer to go to Atletico Madrid if it had to be transferred. Not that there is no effort and appreciation from other clubs. He feels comfortable in Spain, personally, ” said James stepfather, Juan Carlos Restrpo, quoted from Sportskeeda, Friday (6/26).

Although Restrepo states, Real Madrid still considers his son an important player for the team. That is why Madrid rejected Los Rojiblancos’s offer. Not only because of Atletico, but Restrepo also claimed Madrid wanted to retain Rodriguez to continue to dominate Spanish football.