Real Sociedad Returns to the Top of the LaLiga Standings 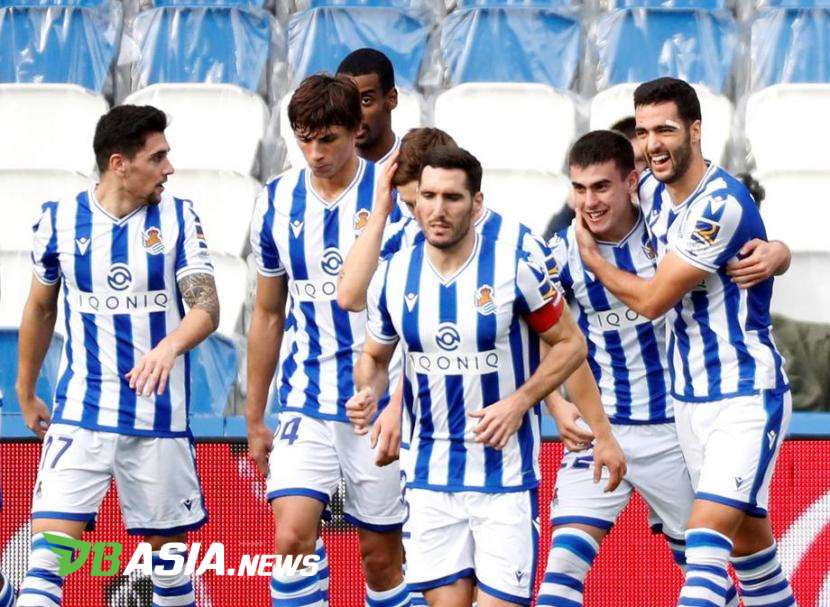 DBasia.news – Real Sociedad returned to the top of the LaLiga standings even though they only drew 1-1 at home to Eibar in the 13th match at the Reale Arena Stadium, San Sebastian, Spain, Sunday (13/12) evening.

One additional point was enough to make Sociedad return to the top of the standings to take advantage. This cannot be separated from the first defeat that Atletico Madrid swallowed this season. Atletico were defeated by Real Madrid in the Madrid Derby on Sunday (13/12) am.

Both collected 26 points with a 17-plus goal difference, Sociedad are at the top of the standings as they were more aggressive in scoring with a collection of 23 goals compared to Atletico, which has only scored 21 goals so far.

Sociedad took the lead over Eibar in the 20th minute with Ander Barrenetxea’s powerful shot from a corner.

Since scoring, Sociedad has come under more pressure from their visitors and Eibar managed to equalize in the 65th with Sergi Enrich’s close-range shot.

Sociedad tried to restore their lead six minutes later but Portu’s header to Joseba Zaldua’s cross was still denied by the crossbar.

In the 80th minute Igor Zubeldia managed to complete Robin Le Normand’s pass to find the visitors’ goal, but the goal was ruled out by referee, Isidro Diaz and VAR for being offside.

Despite failing to win, the draw was enough to extend Sociedad’s trend of being absent, which has now been going on for eight straight matches.

The same goes for Eibar, who has never been defeated in the last five matches.

Sociedad will return to appear on Wednesday (19/12) at home to Barcelona in the early match week 19 to kick off the schedule for the Spanish Super Cup in January 2021.

Real Sociedad Returns to the Top of the LaLiga Standings