Sampdoria End their Series of Defeats 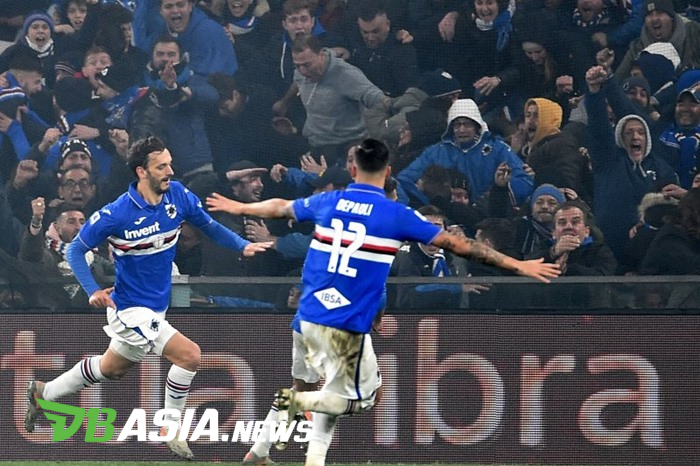 DBasia.news –  Sampdoria won the Derby della Lanterna with a narrow 1-0 score over Genoa. The victory simultaneously boosted Sampdoria to leave the relegation zone and occupy 16th place with a collection of 15 points.

The match then took place fiercely. Tackles, violations, and Cristian Romero’s arm allegedly had hit Fabio Quagliarella’s face, but the VAR did not intervene.

Sampdoria goalkeeper, Emil Audero, held Ivan Radonic’s free kick towards the top corner of the goal in the 69th minute, while Sanabria’s curling strike was still rising above the crossbar.

The only goal in this match was created in the 85th minute. Biraschi’s passing was intercepted by Karol Linetty in the Genoa defense area. He then rolled the ball to substitute, Manolo Gabbiadini, to continue with a left-foot shot through the host’s goal.

Genoa’s last chance was an acrobatic kick from Andrea Pinamonti that failed to head to the goal. Blucerchiati was able to maintain excellence until the game ended.

SampdoriaSampdoria End their Series of Defeats