Surprise from European clubs in the 2019-20 season 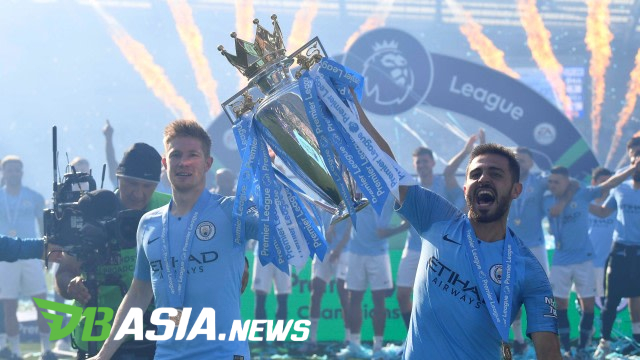 DBasia.news –  European clubs do not cease to present surprises. Some of them even made a surprise in the competition this season.

Of course, the top teams are favorites to win their respective competitions. At a minimum, they can compete at the top of the standings.

Interestingly, the 2019-2020 season presents many surprises. Not all the top clubs are perched at the top of the European top five league standings.

Big surprises occur in several competitions. Although there are still leagues that are top of the table dominated by top clubs at the start of the season.

This time, BolaSkor.com invites you to view the competition map in the standings of the top five European leagues and teams that create surprises. Check out the following list:

The presence of the EL Clasico duo, Barcelona and Real Madrid, two residents of the standings is certainly not a surprise. However, if you view a team that is ranked third and fourth, you might be surprised.

The third place is occupied by Granada who is on the promotion team. While Real Sociedad which last season ended the season in ninth place one position below.

These conditions are of course surprising, especially for Granada, which is only two points behind Barcelona at the top. Moreover, they are the club with the lowest squad value in LaLiga.

Leicester City might have won the 2015-2016 Premier League, but since then their achievements have tended to be inconsistent. Moreover, many mainstay players who leave.

Therefore, the success of Leicester City is ranked third in the Premier League standings can be regarded as a surprise. The Foxes are only two points behind Manchester City in second place.

Remarkably, Leicester City can rank better than Chelsea, Arsenal, Tottenham, and Manchester United. Another surprise is Crystal Palace in the sixth position.

Bundesliga becomes the most difficult competition to predict in the 2019-2020 season. How not, the top two positions standings are not inhabited by leading clubs.

The first position belongs to Borussia Monchengladbach who only finished fifth last season. While VfL Wolfsburg is ranked one below it.

Remarkably, VfL Wolfsburg has not been beaten in eight matches they went through. Both clubs are superior to Bayern Munich, Borussia Dortmund and RB Leipzig who are favorites.

The top four occupants of the 2019-2020 Serie A standings may be no surprises. Indeed, the existence of Atalanta in the third position is quite strange, but they were able to do it last season.

However, Cagliari’s success was ranked fifth in the standings which were in the spotlight. Not without reason, I Rossoblu was almost relegated last season.

The entry of Rolando Maran to replace Diego Lopez last season only reaped results this season. With a rudimentary squad, Cagliari is ahead of AS Roma, Lazio, and AC Milan.

If you ask who the top of the Ligue 1 standings 2019-2020, maybe there are no surprises because it still belongs to PSG. However, two ranks below it? Different story.

The second position belongs to Nantes who last season only ranked 12th in Ligue 1. The decision to appoint Yoann Gourcuff’s father, Christian, at the beginning of the season proved right.

Another with Reims who finished 10th last season. Trust in David Guion is proven this season. Nantes is only five points behind PSG, while Reims is two points behind him.